Brian here. Here in Washington, our "stay at home" order has been increased to May 31. For most of us that means doing things around the house, lots of TV watching, and (unfortunately) worrying about bills.

Every industry has been hit by the response to Covid-19, and debt collectors and collection attorneys are no exception.

We have seen a decrease in foreclosures, evictions, and collection lawsuits in the state court, mostly due to official orders stalling such activity. On the other hand, we have seen an uptick in creditor activity in the Bankruptcy court. Creditors have been doing things to make up for the lost work by doing things that they used to avoid. We have been seeing more creditors appearing at 341 hearings by phone and more creditor attorneys filing motions for relief from stay, even when it is apparent that the bank doesn't really need to do one.

What that means is that people are trying to make up for lost work. Collection agencies are no exception. Garnishments aren't allowed right now, so their staff that cold calls people in the hopes of intimidating a payment out of some random person are on the rise.

The video linked below describes some of the improper and illegal activity that phone debt collectors can engage in. Don't get your hopes up too high on the FTC shutting these guys down. They try but debt collectors are crafty. Your best defense is knowing what they cannot do, so if you get threatened, you know not to fall for it.

One of the big scams is when the caller claims to be an attorney. While it is theoretically possible for an attorney to call you, in over twenty years of practice, I have never heard of a creditor attorney directly calling a person in debt to try and get a payment out of them. Think about it. An attorney working for the dark side of the force can bill their client much more for a letter, or a court pleading. A phone call is simply not worth their time. If someone calls you claiming to be an attorney, you should immediately go to the Washington State Bar Association web site's lawyer directory, and then ask the caller for their bar number and look them up. That is usually the time when they hang up.

The truth is that people can be callous. I have literally had a client in my office when someone called claiming to be an FBI agent. The client put the fake agent on speakerphone and they hung up when they realized that the scam was busted. Unfortunately these people can sound so convincing that I had to call the real FBI field office in Seattle to prove to my client that she was being scammed.

So the second creditor call scam is to threaten arrest. In my career the usual claim is that they are "sending the Marshals to arrest" my clients. It simply can't happen. Don't fall for it. It is an extremely effective tactic to coax money out of people, but it is beyond unethical.

Here is a story to illustrate the point. Years ago, when I was getting married, my bride to be banned all the boys' cell phones during the ceremony. I wasn't happy about it, but I am a firm believer in "happy wife/happy life."

Meanwhile, unbeknownst to me, I had a client who was actually getting married on the same day. He got a call from a creditor who realized that my client was getting married, and immediately told him that the U.S. Marshals were coming to his wedding to arrest him in front of his family. He was obviously scared, and he tried calling me, but my phone was going to voicemail as it was safely in the care of one of my wife's trusty bridesmaids.

In an act of desperation, my client asked his future father-in-law to pay $4,000 on the father-in-law's credit card to the creditor to prevent the fake U.S. Marshals from crashing the wedding.

During my wedding reception, I was finally able to liberate my cell phone and I saw that my voicemail was full from the 50 phone calls my client tried unsuccessfully to make to me. When I heard the story from my client, I was thankful for the open bar, because I was powerless to fix this situation for my client.

I hope that bill collector finds a conscience someday. I can only imagine how uncomfortable family gatherings will be for my client for years to come. I know that some people will judge my client's actions, but the truth is that most people have no experience in dealing with sophisticated bill collectors who can sound very convincing on the phone. My hope is that people learn from stories like these, and that nobody falls for these scams again, but since we are all at home right now, there are a lot more potential victims of unethical bill collectors out there. 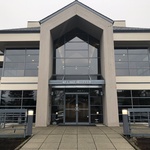