As The World Re-Opens, So Do Collection Agencies 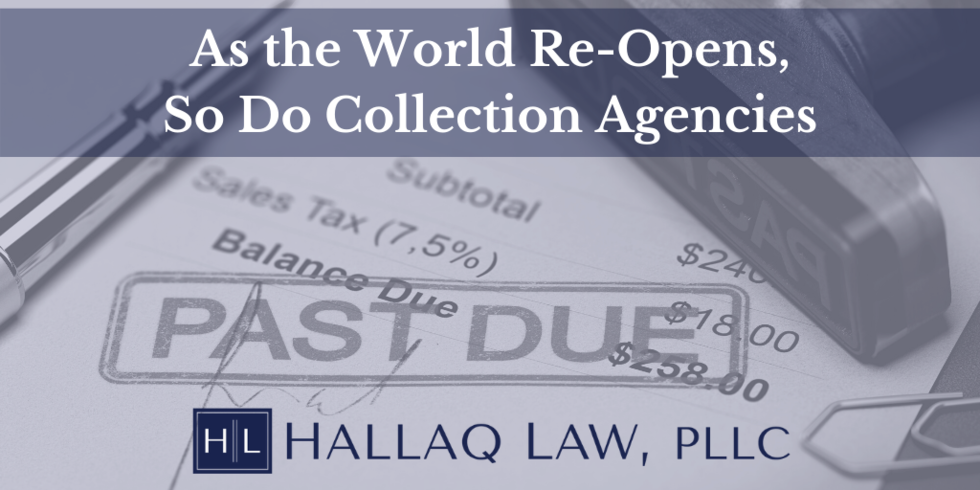 Let's face it…this has been an unprecedented 12 months. From March 2020 to March 2021, the world as we knew it changed because of the Corona virus.

Amongst the mask mandates, business shut-downs, and school closures, there were a host of Federal and State moratoriums on collection activity, including suspension of evictions, foreclosures, and student loans, to name a few.
Well, as the world starts to re-open, so have the doors of collection agents who have a year's worth of work piled on their desks. Anyone who thought that a government “bailout” would include a blanket forgiveness of the debt that has accrued in the past twelve months is in for a rude awakening.

The Consumer Financial Protection Bureau recently issued an article in which they have found that people who have fallen behind in their mortgage by 3 months or more has increased by 250%, and that includes over 2 million households, which exceeds the Great Recession of 2010. There are over 8 million households who are behind in their rent. This is in addition to the mounting debts related to credit cards, medical bills, and student loans, for which wage garnishments will be awaiting people when they go back to work.

In over twenty years of Bankruptcy practice one of the chief symptoms of having bad debt is denial. Most people will wait until something drastic is happening to them before acting.

This is a huge mistake. The best course of action is to get out in front of the problem before you are hit with an eviction, foreclosure, or garnishment.

The first thing that you have to do is contact your creditors, whether they are credit card companies, landlords, or mortgage companies. Trust me when I say that the moment of embarrassment you feel will be well worth the information you will obtain. Remember, that these companies are hearing the same story from hundreds, if not thousands, of their clients so you are not going to shock them. Find out if they have programs for deferred payments or repayment plans that avoid filing for Bankruptcy.

Some people are worried that by calling the creditor and letting them know that they are out of work will cause the creditor to start the collection process. The determination of whether a collector will start a court process or other derogatory action against you is the time frame of non-payment set with the original lender, not whether you let them know that you have an inability to pay.

When you call these creditors, it is best to call the original creditor instead of a collection agency. Collection agents have a series of tactics that they use to intimidate you into giving them money but these tactics are rarely oriented in your favor. The original lender, however, may have programs that they are pursuing that you may not even be aware of and that could save you from having to file for Bankruptcy.

The next thing that you need to do is save your mail. In the event that you do need to file for Bankruptcy, your attorney will need all of the correspondence that you have received from your various creditors. In addition, oftentimes these letters contain important dates that you need to keep in mind.

When it comes to dates, not all notices are created equal. Notices with court captions on them are the most important. When they state that you have a certain date to respond, you need to take those dates very seriously, because if no action on your part is taken, things can (and may) happen behind the scenes without your knowledge.

For example, when you receive a Summons and Complaint, there will be a section indicating how (and more importantly when) you have to respond. If you do not respond within that time frame, the plaintiff will seek out a default judgment against you. Similarly, any paperwork related to evictions and foreclosures will usually have response dates on them. You need to stay aware of those dates, and also, if you plan to ask an attorney about any of these matters, you need to have your appointment for a consultation well before those dates expire.

Having said all of that, many collection agencies have figured out that notices that look official will illicit a quicker response, and so many notices will look very official in nature. As always, an attorney is going to be your best source of information about whether or not the “notice” is real. The cruel irony is that some notices, for example non-judicial foreclosures do not look like they were issued by a court, and so oftentimes people will disregard those notices because the important information, such as response dates, reinstatement dates, default balances, etc. are buried in between legally required (but boring sounding) paragraphs, and so many people are simply not aware of when their home could be foreclosed upon. Unfortunately, I have had many cases of people who set up appointments to see me after their home has been foreclosed upon under the mistaken belief that they still have time to fix the situation. 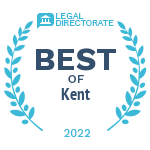